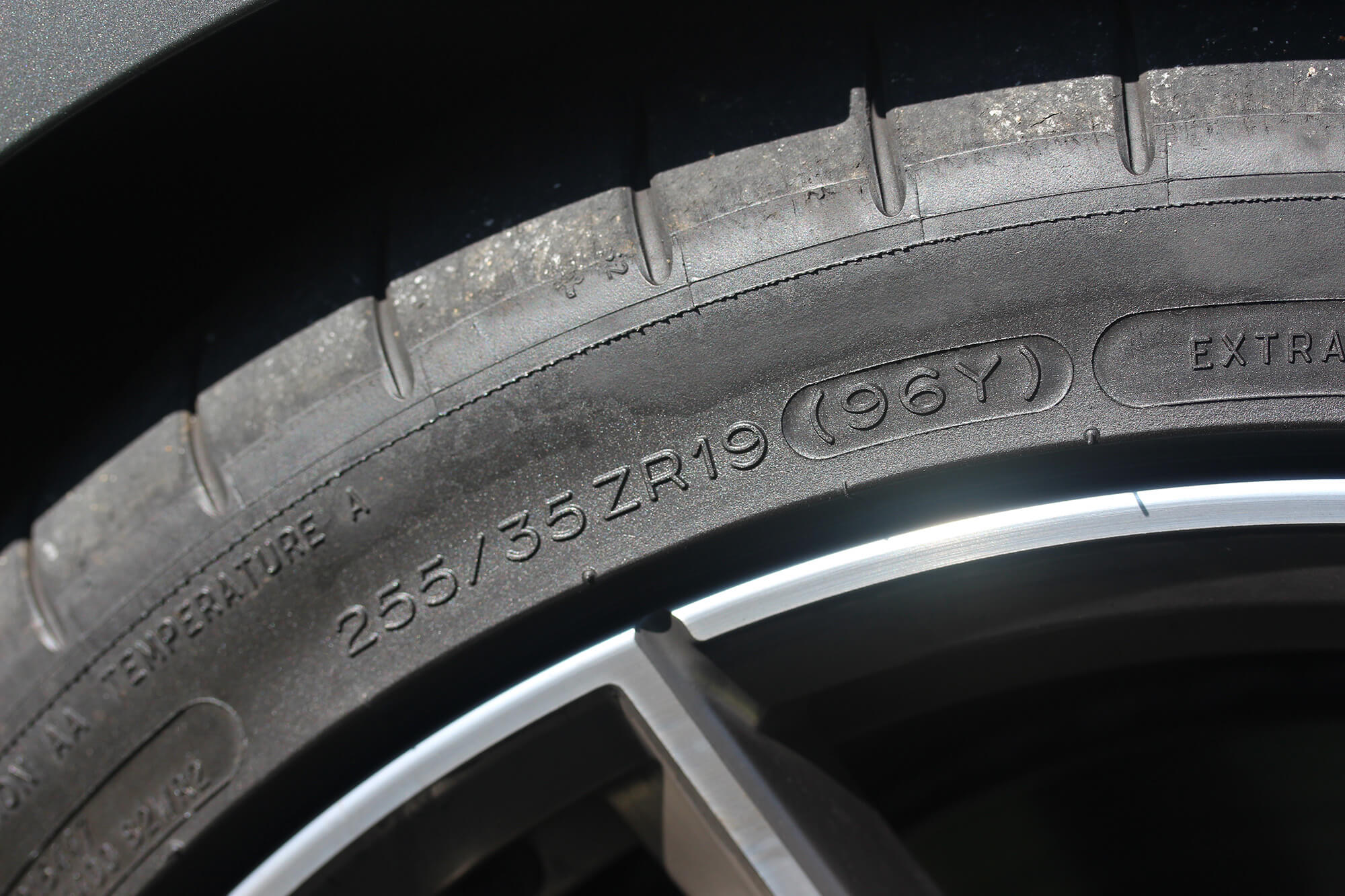 All About Tire Speed & Load Ratings in Canada

By Mony HannaNovember 14, 2022No Comments

Shopping for tires can sometimes be a confusing business. There are many factors to consider, including initial cost, on- and off-road options, servicing costs, and what time of year you’ll be doing most of your driving. Along with that, you also need to know what tire speed rating and load index you’re shopping for, and it’s here that many first-time buyers can get bogged down by the jargon.

That’s where we come in. Speed ratings and load indexes aren’t that hard to understand, so long as you know what they are. In this guide, we’ll explain everything there is to know about the Canadian tire speed and load rating system, as well as what this means for you when shopping for new or replacement tires.

What exactly are Speed Ratings and Load Indexes?

So what are a tire speed rating and a load index, and why do these things matter so much?

Essentially, every vehicle has a recommended tire speed rating and load index provided by its manufacturer. Your vehicle’s maximum speed primarily determines the speed rating, and any tire you buy needs to have a matching rating. The rating on a tire refers to the maximum speed it can travel before suffering undue damage, with higher-rated tires being designed to dissipate heat under intense stress without sacrificing their integrity.

Similarly, your vehicle’s load rating is determined by the maximum weight of the car itself and any potential cargo added together. The load rating on your tires refers to the maximum load they can bear without approaching a blowout. Load index values are given numerically, and most vehicles fall in the 75 to 100 range, which refers to loads of 387 Kg – 800 Kg. You must have a tire load rating equal to or above your vehicle’s maximum load in order to safely support the weight of its wheel axles and chassis, plus any passengers and cargo.

Why are these ratings important?

Your speed rating and load index are vital when shopping for new tires, as failing to match them up properly can make for dangerous driving.

As noted, tires with higher speed ratings are designed to hold up at high speeds, dissipating friction and heat while ensuring a tight grip when cornering, braking, or accelerating rapidly. If you drive with tires that have a rating lower than your car manufacturer’s recommendation, you risk blowouts, flips, and loss of control at high speeds.

When it comes to your tire’s load index, getting the rating right is also crucial. If you buy tires with too low of a load index, they won’t be able to support your vehicle’s axles properly, and as a result, the chassis itself may become deformed. This can lead to a loss of integrity and a warping of wheel components, making for dangerous driving and costly wear and tear.

Why were Speed Ratings developed?

You may be wondering how speed ratings came into being in the first place. Did tires in years gone by simply explode at high speeds and send cars flying off the road? Well, that’s not so far from the truth. Speed ratings were initially developed due to the high number of tire failures and associated accidents on Germany’s Autobahn, where there are sections of highway with no speed limit.

In the 1960s, they started with three ratings, each corresponding to a matching top speed. Over time, ratings evolved to match modern vehicles and sportscars, and these days there are 15 ratings, 10 of which are commonly used in Canada. The standard current ratings ascend from ‘Q,’ with a maximum speed of 160 km/h, to Y, with a maximum speed of 300 km/h.

Most modern vehicles fall in this bracket, with the S speed rating applied to many all-terrain trucks, T to most sedans and minivans, and V to luxury vehicles like sportscars. One outlier to this system is the H speed rating, which is similar to the V rating, being applied to coupes and sedans that can hit speeds of up to 210 km/h. The highest rating, (Y) ZR, is used for vehicles that can exceed speeds of a whopping 300 km/h.

How are Speed Ratings determined?

In order to apply a specific speed rating to tires, they must be tested first. To do this to ECE (Economic Commission for Europe) standards, tire manufacturers use a machine that simulates a specific load and applies it to a tire at speed. With this load constantly applied, the tire is spun at 40 km/h lower than a designated target speed.

Every ten minutes, the tire’s spinning speed increases until, eventually, it hits the target speed. Then, after another ten minutes of spinning, the tire is removed and inspected for signs of damage, undue wear, and significant failures. If the tire can withstand the target speed without substantial damage, it theoretically qualifies for the matching speed rating.

How to find a tire’s Speed Rating and Load Index

It’s easy to find a tire’s speed rating and load index if you know where to look. You may have seen the series of numbers on letters on the side of a tire before – this is known as a tire code and tells you everything you need to know about its specifications. The speed rating on tires is the last letter in this sequence, whereas the load index is denoted by the double-digit number preceding the speed rating letter. You can convert these letters and numbers to actual km/h and Kg figures using a standardized conversion chart, which can be found online or in your car’s manual.

This is, of course, only one side of the equation. You need to know your vehicle’s speed rating and load index to find matching tires. These can be found in your driver’s manual or sometimes on your gas hatch, glove box, or anywhere else with the full tire code. The tire code on your car works in the same way as one found on a tire itself – the final letter is the speed rating, and the preceding double digits are the load index. 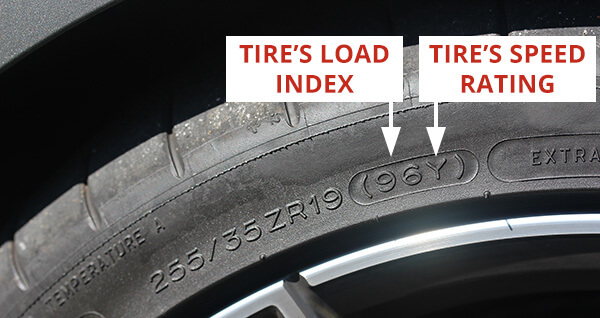 How do Speed Rating and Load Index affect driving?

Tires with varying speed ratings and load indexes perform differently while driving, so it’s essential to match them up to your vehicle correctly.

When it comes to speed ratings, tires with higher ratings are capable of better steering, cornering, and braking at high speeds. This is because they’re specially designed to dissipate heat and maintain integrity even when subjected to intense friction, thanks to specific rubber compounds and tread designs used in their construction. Tires with lower ratings, meanwhile, are more pliable and, therefore, not designed to travel at these high speeds. Sometimes, however, a manufacturer will recommend a lower speed rating for winter tires, as extra pliability can provide a better grip when driving on wet or icy surfaces.

In terms of load index, meanwhile, an appropriately matched tire will mean your vehicle handles as it’s supposed to even when at its maximum cargo load. A tire with a lower rating than your vehicle manufacturer’s recommendation can lead to sloppy cornering and braking and ultimately warp the wheel axles. Tires that can’t support their loads are prone to blowouts and loss of control at high speeds, increasing the likelihood of dangerous accidents. On the other end of the spectrum, fitting tires with a higher index than recommended won’t cause any serious issues, but they may make your ride a little stiffer due to their rigid construction.

How do Speed Rating and Load Index affect tire lifespan?

Ultimately, fitting tires with the correct speed rating and load index for your vehicle will provide you with optimal tire lifespan alongside the other benefits already mentioned. Fitting tires with a higher-than-recommended speed rating isn’t always cost-effective, as they’ll wear down faster than lower-rated tires due to the soft rubber compounds used in their construction. Similarly, tires that are unsuitable due to a lower-than-necessary rating can degrade quickly when driving beyond the speeds they’re designed for, so essentially you want to go with your manufacturer’s recommendation wherever possible.

When it comes to the load index, the same is true. Putting too much weight on a tire designed for lower loads will inevitably lead to damage, if not an eventual blowout, so choosing a tire that matches your manufacturer’s recommendation, especially if you’re frequently hauling, is crucial.

Mony Hanna is the owner and operator of Sipan Tires & Rims. He has dozens of years of experience in the tire and aftermarket wheel industry. Get in touch with Mony today to get the best deal on Wheels and Tires in Ottawa.